Some would say that 2020 was a crazy and unexpected year, and we would very well agree. While artists couldn’t perform their songs at events, we only had the radio, digital and streaming sites, and social media to connect to their music.

Even without the Live events, certain artists managed to own the year with their hits. Many musical genres were well represent in the airwaves. About 3 of them made so much impact this year, with a lot of hits hitting the number one spot and staying there for weeks. Here’s 3 of them;

Contrary to the opinion that Amapiano would not be the year’s most dominant genre like it was last year, it still claimed the airwaves. Hits such as “Emcimbini” by Kabza De & DJ Maphorisa, “Sponono” by Kabza De Small, “Ke Star” by Focalistic, “John Vuli Gate” by Mapara A Jazz were very much dominant. They all hit the top spot on the charts for multiple weeks, and received a lot of airplay on the radio. A few of them inspired dance challenges across social media, and received praise from music fans. You could say that Amapiano remained the year’s most dominant genre.

The SA Hip Hop genre boasted a lot of consistency from artists this year. Most of the year’s top charting hits were Hip Hop joints. Some of them include Miss Pru DJ’s very big “Price To Pay”, Gemini Major’s “Right Now Reloaded”, Nasty C’s “There They Go”, Cassper Nyovest’s “Good For That”, AKA’s “Energy”, Emtee’s “Waves” and more. These songs notched multiple weeks on the charts, and also claimed the airwaves. “Price To Pay” was particularly the biggest Hip Hop song of the year, earning praise from SA Hip Hop fans and very popular on Hip-Hop Download sites, and raking in millions of streams.

The House genre particularly claimed the airwaves this year. From the beginning of the year hits such as “Into Ingawe” by Sun-El Musician & Ami Faku, “Uwrongo” by Prince Kaybee, “Xola Moya Wami” by Nomcebo Zikode & Master KG, “Ibhanoyi” and more took over the charts and the airwaves. DJ Zinhle’s 2019 chart-topper “Umlilo” also spilled into this year, claiming the radio and streaming sites just like it did last year. Slow and face tempo-ed House jams flooded the music charts, and became fan favourites. Prince Kaybee’s stunner “Uwrongo” earned a much deserved spot on Time’s list of the 10 best songs of 2020. That’s huge bragging rights. House Mp3 Download are available here. 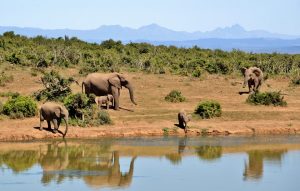 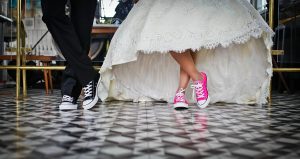 Published in Articles and Lifestyle