Why US summit must promote global development Only a dozen African countries have been invited to the December 9-10 United States-organised Summit on Democracy. The virtual event will see representatives from more than 100 countries and regions join US President Joe Biden in a mega boot camp aimed at revamping the enterprise of democracy.

By inviting less than 25 per cent of the super majority African Union member states, the Biden Administration has stepped down its partnership tempo with Africa following a promising gesture by US Secretary of State Antony Blinken after his recent three-nation maiden tour of the continent.

For decades, Africa’s relevance in US foreign policy has been confined to geopolitical considerations. During the Cold War, the US sought alliances with African leaders to keep the Union of Soviet Socialist Republics (USSR) from gaining influence in the continent. After the September 11, 2001 terrorist attacks, Africa became America’s national security buffer zone in the internationalised war on terror.

Africa has been viewed by US leaders as a troubled space characterised by bad governance, conflict, disease and economic backwardness. That has dampened the US private sector investment spirit in Africa with foreign aid and democracy promotion becoming the major anchors of US-Africa ties. While the Biden regime has sought to rewrite the rules of engagement with Africa, the new energy should be directed at Africa’s development priorities as outlined in the continent’s socioeconomic renovation blueprint, Agenda 2063.

The African people are forging ahead with the implementation of the African Continental Free Trade Area (AfCFTA) development programme that seeks to transform their economic standing through trade, travel and investments.

Long-term cooperation
A US-led global summit on Covid-19 pandemic would have made more sense at this time. The global health crisis has taken an economic toll on Africa with just seven per cent of its adult population inoculated against the virus. The first climate-induced famine is under way in Madagascar and the forecast for economic recovery is tempered in much of the continent. These require urgent and sustainable partnerships and the superpower should provide leadership.

To be an effective partner for Africa, the US should define a long-term cooperation model that does not rely on which political party is in the White House. The fear that President Biden’s successor will throw away the gains he is trying to consolidate in Africa, as his predecessor Donald Trump did, makes many Africans sceptical about America’s long-term commitments to the continent.

Secondly, Africans welcome international development partners without conditions. Majority of Africans want their governments to make decisions without interference from donors and lenders. Biden’s ideas, like the Build Back Better World, can only make a positive difference in Africa’s modernisation bid if it shakes away the conditionalities tag that defines US interactions with Africa.

Thirdly, Africa is ready for tangible investments in consequential areas of energy, technology, infrastructure, human capacity building and industrial value chains that can promote inclusive trade. This will provide a sustainable path to economically empower communities and reduce poverty that still holds sway over 490 million Africans.

Fourth, the US should gracefully contend with and welcome the contribution of Africa’s other development partners. On China, for instance, 63 per cent of Africans see Beijing’s economic influence in their countries as positive, according to a recent Afrobarometer survey. Framing the US-Africa relations in terms of competition with other countries is antithetical to Africans’ expectations.

A range of opportunities exist in Africa’s development space. Its energy-deficit stands at a staggering 550 Gigawatt and at least 17 new airports are needed. The irrigation infrastructure gap hinders cultivation of 155 million hectares that could significantly boost food security. By 2040, Africa will need 60,000 kilometres of road network.

The Summit should, therefore, not just be a space for expressing temporary camaraderie against threats to democracy. The delegates should discuss modalities of delivering long-term global development programmes in Africa and other developing regions.

Adhere Cavince is a scholar of international relations. Is US summit on democracy necessary? US summit a glass house 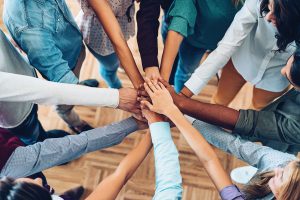 Democracy is not an exclusive practice of one country

Quest for democracy and social equality, a mirage or reality?